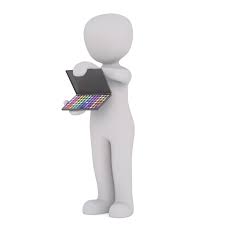 Some electronic citations require the use of brackets. When possible, include the year, month, and date in references. If the month and date are not available, use the year of publication. APA 7th edition no longer requires the use of “Retrieved from” before URLs or DOIs. The exception is for unarchived resources. For this exception, including the retrieval date lets readers know that the version they access may differ from what was originally used.

If there is an individual author, cite their name first.

Webpage or Piece of Online Content Without a Publication Date

If a publication date isn’t listed, use the abbreviation (n.d.).

Article in an Online Periodical without DOI

Jones, C. (1992). Declining health: You are what you eat. UpToDate. Retrieved November 1, 2013, from https://www.uptodate.com/contents/declining-health-you-are-what-you-eat

If the eBook or audiobook is identical to a physical version, it’s not necessary to note the format. If the content differs, distinguish between eBook, audiobook, or print version.

Entry in an Online Dictionary, Thesaurus, or Encyclopedia with an Individual Author

(If an edition isn’t available-skip that step)

Don’t cite standard software such as MS Word or Excel) or programming languages. Provide references only for specialized software.

Lastname, A. B. or Name of Group. (Year). Title of software (Version No.). Publisher. URL

Like personal interviews, emails are not included in the list of references, but be sure to parenthetically cite them in the main text.

*NOTE- If the Facebook post includes images, videos, or links to other sources, indicate that information in brackets after the content description. Also attempt to replicate emojis if possible.

Article in an Online Periodical with DOI

*NOTE- The person or group who uploaded the video is considered the author. If the author’s name and username are the same, omit the [Username].

Webpage or Piece of Online Content by Group or Organization

If there isn’t an author, use the name of the group or organization as the author. If the group author and site name are identical, remove the site name.

Cite Wikipedia articles much as you would cite a generic webpage.

Wikipedia articles change often. The date refers to the date that the cited version of the page was published. Be sure to look at the dates closely.

APA 7th edition doesn’t provide guidance on citing abstracts. If you’re only using information from the abstract, but also have access to the article, add “[Abstract]” after the article name. If the article text isn’t available, use the available abstract through an abstracts database as a secondary source.

Entry in an Online Dictionary, Thesaurus, or Encyclopedia with a Group Author

If there isn’t a specific publication date, use “n.d.” for the date and include the retrieval date.

*NOTE- If the tweet includes images, videos, or links to other sources, indicate that information in brackets after the content description. Also attempt to replicate emojis if possible.

IMPORTANT: If a Digital Object Identifier (DOI) is available, use that instead of a URL because URLs often change.

If citing from a site with an associataed newspaper, leave the title of the article unformatted, but italicize the newspaper title.

IF the source doesn’t come from a site with an associated newspaper, italicize the article title, but leave the site’s name unformatted.

Webpage or Piece of Online Content Without an Author

If the page’s author isn’t listed, begin with the title. Include a retrieval date in the event that the page’s content may change over time, such as in a wiki.

If it is an audio file or transcript published in a database, credit the interviewee as the author and use the following model:

Include the organization or individual’s name followed by the date and the title. If a title isn’t available, provide a brief explanation of the type of data included and the form in which it appears in brackets. Include the URL and the retrieval date if the publication date isn’t available.

Dissertation or Thesis from a Database

Lastname, A. B. (Year). Title of dissertation or thesis (Publication No.) [Doctoral dissertation or master’s thesis, Name of Institution Awarding Degree]. Database Name.

Lastname, A. D. or Name of Group (Year). Title of dataset (Version No.) [Data set]. Publisher. DOI or URL

Host, B. A. (Host). (Year, Month Date). Title of episode (No. if provided) [Audio podcast episode]. In Name of podcast. Publisher. URL